Plymouth’s waste ash to be trucked to Netherlands 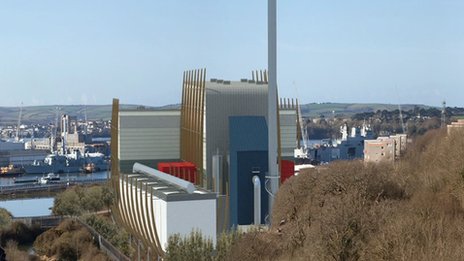 Leftover ash from Plymouth’s new waste-to-energy incinerator is to be shipped to the Netherlands for recycling.

The firm behind the plant, MVV, had wanted to transport it to a site near Buckfastleigh, 18 miles (29km) away, but officials turned that plan down.

The company is still trying to find a long-term solution closer to the incinerator.

MVV Managing Director Paul Carey said the ash would be used for “landscaping”.

He said the company was working on a proposal for a recycling plant in the South West of England.

“In the short-term [the ash] will be taken to Holland and it will be recycled so we’ll achieve 95% recycling,” said Mr Carey.

“They’re going to use it in a very large landscaping project to the west of Amsterdam.”